My wife and I spent a week in Amsterdam last August, and one day we walked over to the Tulip Museum on Prinsengracht. The museum occupies the first floor of an old house. When you come in off the street, there’s a souvenir shop and a counter where you buy tickets to tour the rest of the museum. When the woman by the cash told us how much tickets cost, I asked if they offered a senior’s discount.

“All right. Then you can have a discount. How much is it usually?”

She did the math, then charged me the adult price, less 15%.

Across the room from the register stood a rack filled with packets of tulip bulbs. Each packet contained a dozen bulbs and came with a photo stapled to it that showed what the flowers looked like in bloom.

I said to Karen, “We’ve been in Amsterdam five days and haven’t bought a single souvenir. Why don’t we get a bag of tulips for the garden?”

“Sure. What kind do you want?”

I pointed to a type called Virichic, a parrot tulip in shades of pink and green. We bought the bulbs back to Toronto, and a few days later, I went in hospital for heart surgery. It wasn’t until the middle of November that I’d recovered sufficiently to drive down to the garden and dig a hole for the bulbs. I put all 12 inside a terracotta planter, covered the planter with straw and a burlap bag, then put a brick on top to hold everything in place.

In April, I removed the brick, the bag, and all the straw. The tulips were already coming through the soil. After they bloomed in May, other gardeners would stop by to look. A couple people asked what they were. It wasn’t evident to everyone that these tall-stalked flowers with the fragmentary blooms actually belonged to the tulip family. One evening, I found someone taking photos of the tulips, quite a few photos. The next morning, early, I biked down and took a few shots myself. 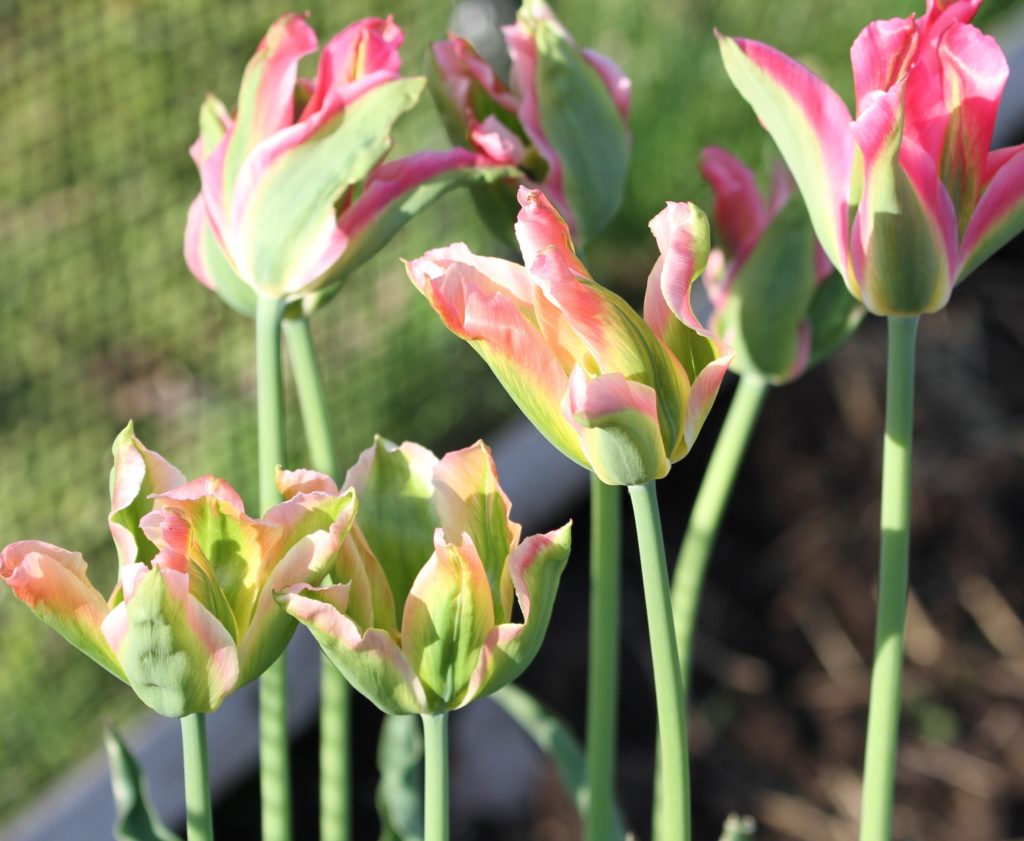 Every time I look at the photos, I’m amazed by the beauty of the flowers. I’m also reminded of the expression on that woman’s face as she considered a new idea and deemed it reasonable. You could see—in her eyes, in the pores of her skin—the thought take shape: That the Amsterdam Tulip Museum probably wouldn’t founder and go bust if she granted a discount to any old fool who asked for it.