Well, there went May in its hurried fashion: the height of spring migration and the busiest month in the garden allotment. Here are highlights from that first field of activity. Those from the garden will come later.

I keep a list each year—part of a friendly rivalry with a fellow-birder—of the spring warblers I see. This year the total was about average at 24, and the undoubted star the Kentucky Warbler that inhabited the Wet Woods on the Leslie Street Spit for a full week. I had to go twice to see it. First on a Friday afternoon, when I found several other birders but no bird. I think we distracted each other. Then on a Monday morning, when I had the woods to myself, and the bird appeared on cue, right in the area where it was originally reported. I caught a glimpse of it high in some dogwood, then it flew down and I found it again feeding in the mud on the forest floor. For the next hour, this was its set routine: first in sunlight on the branches of a poplar, then in the shadows in the thickest part of the woods. Especially when it was in the sun, it would stop feeding every so often and hold still for several minutes. You wouldn’t know it was there unless you’d been following it. A beautiful bird with its lemon-yellow underside, black half-mask, and olive back. A life bird for me. 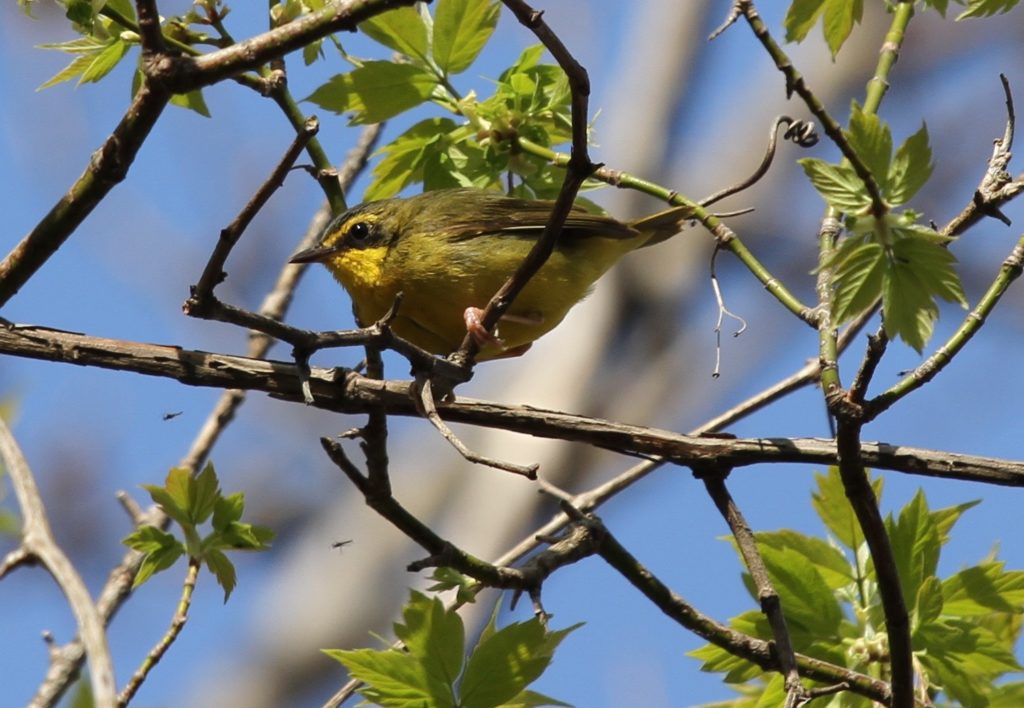 Midway through migration, I bought a new lens for my camera, a Canon EOS 7D. I loved the old lens, a 70-200 mm telescopic, because it was lightweight and had a wonderful way of rendering the light as it fell on a bird first thing in the morning. I noticed this especially at Ashbridges Bay, where the morning light has a limpid quality, maybe thanks to the water that surrounds the park on three sides.

One of the first warblers I found there this spring was a Yellow or Eastern Palm Warbler, which held itself and its wagging tail still just long enough for one or two shots of it in the sun. You can see what I mean about the light. 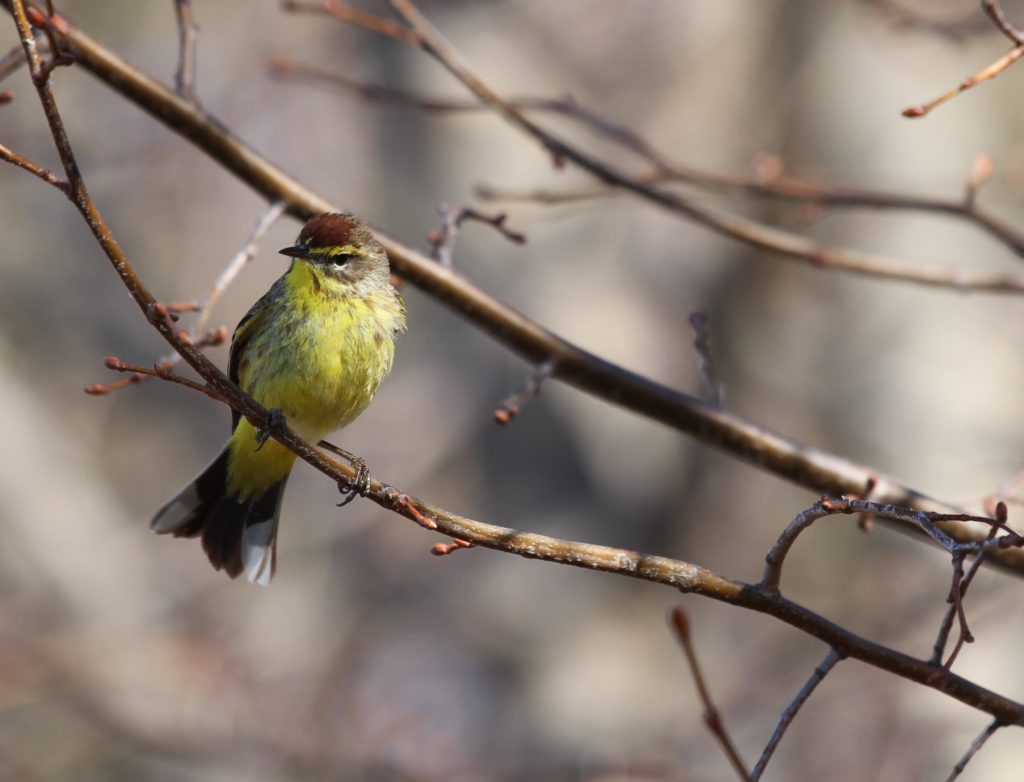 Another bird that showed well in the same location was a Cedar Waxwing, the only one of a flock that came out of the bushes and posed for me. The ambient light brought out the color gradation on the waxwing’s breast, from tan to ivory to the soft yellow you get on the side of a ripe peach. 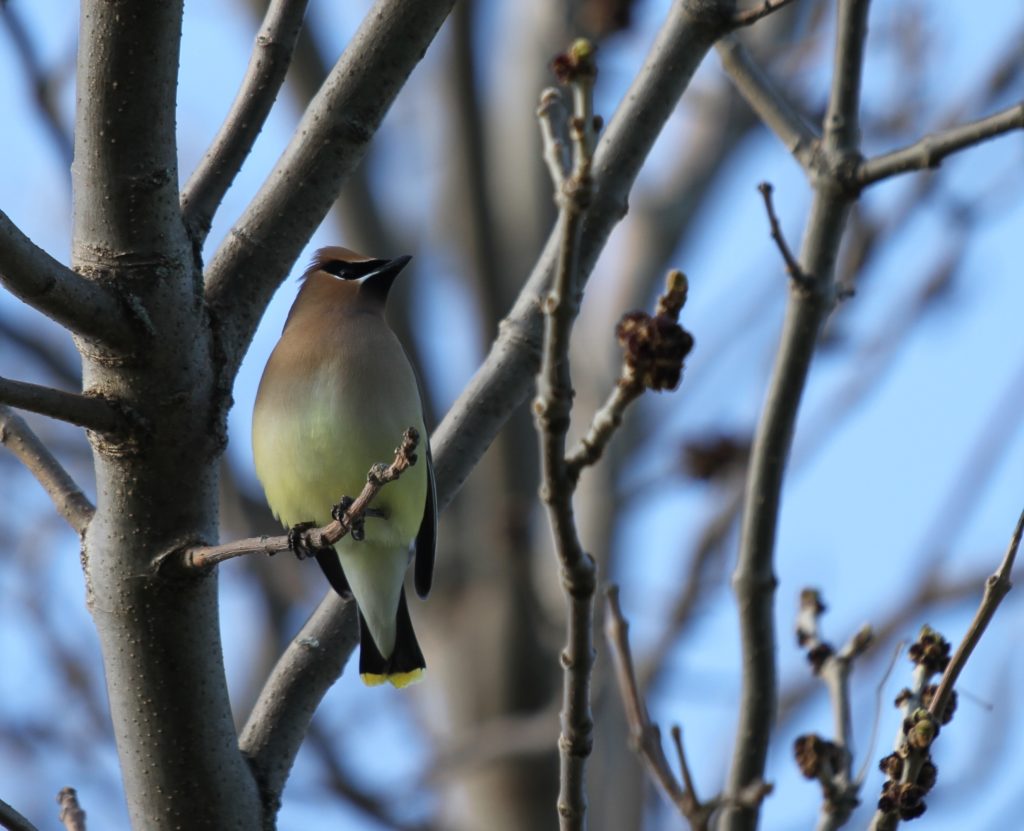 So the old lens had its advantages, but in the end I wanted more power and upgraded by half, to a 70-300 mm. I debated about buying Canon’s 100-400 mm beast of a lens but couldn’t convince myself I wanted to hang all that weight around my neck for five or six hours on any given day. I bought the new lens on a Tuesday afternoon, and by the time I got home, it was too late for a trip to the Spit. Instead I biked over to Stan Wadlow Park and walked east below the hydro lines that run through Taylor Creek Park. The ravine was quiet, as usual. I took a few shots of a Swainson’s Thrush. 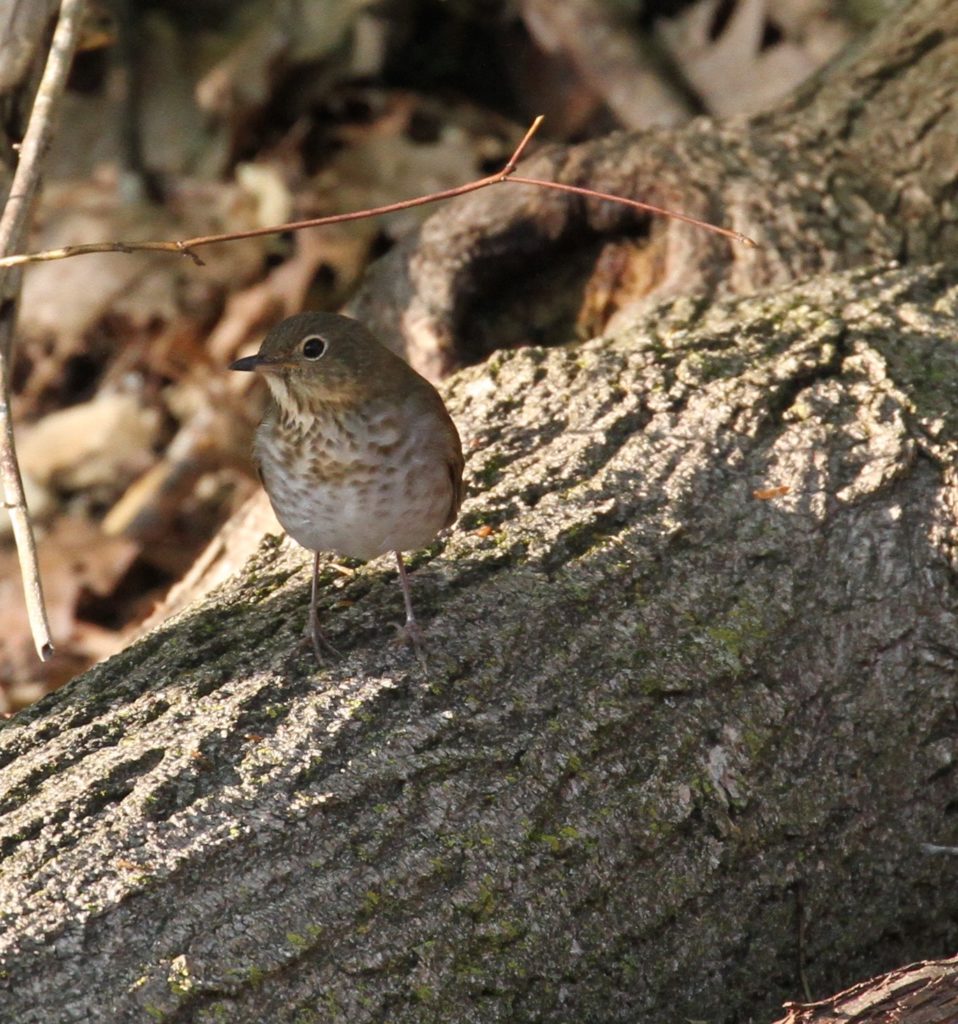 Nothing more till I reached the pond that sits between a parking lot and Dawes Road. It’s a small, shallow puddle of water, just big enough for a few frogs and muskrats, a pair of mallards, and the occasional shorebird in migration. I wasn’t expecting much. As soon as I arrived, a Green Heron sitting on the far side lifted and flew up to a dead tree. Then the bird began to stretch and strut, and I shot it with raised crest and one crazy, staring eye. In the evening light, which for some reason has a harsher aspect than the morning’s, as if the air is still heavy with the heat of the day. This was when the new lens proved itself; I wouldn’t have had the shot with the old one. 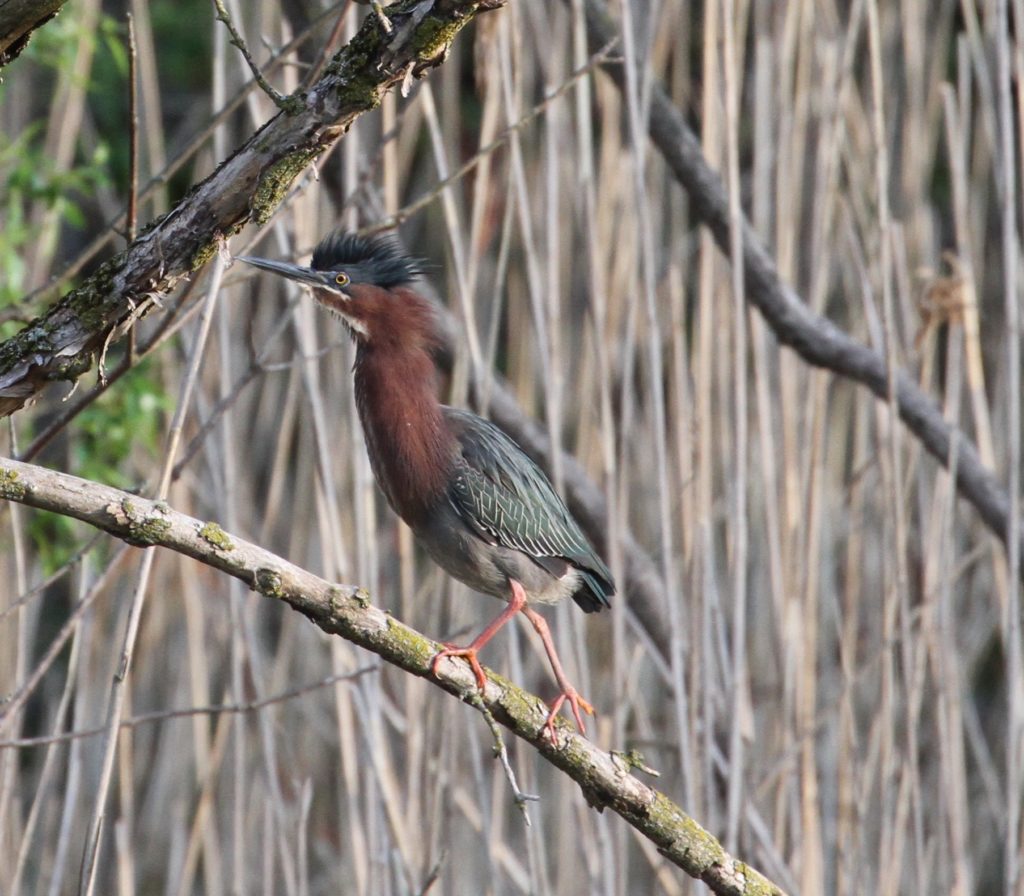