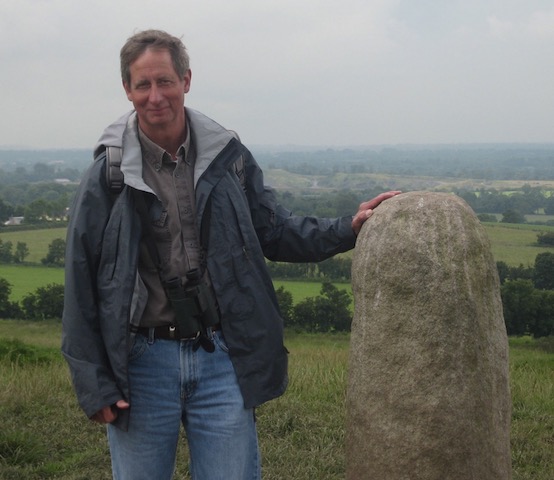 Edward O’Connor has worked as a writer and editor for more than thirty years. As an editor, he worked in-house for Prentice Hall, Butterworths, and Oxford University Press, editing more than one hundred texts at the university, college, high school, and elementary levels. He worked on books on a wide variety of subjects, including language arts, history, social studies, economics, business, personal finance, introductory French, politics, law, and First Nations studies. As a freelancer, he edited several Canadian fiction and nonfiction trade titles.

O’Connor has also published a novel and several works of short fiction in Canadian and American journals. He has received the K.M. Hunter Artist Award for Literature, and two of his short stories appeared in the Journey Prize Anthology. He worked for a time as a reporter on a daily paper in the United States and has published reviews and articles in the Toronto Globe and Mail, Quill and Quire, and The Fiddlehead. He has also published academic titles at the elementary level in the subject areas of history, geography, and biography, including a work on the Canadian athlete Rick Hansen that sold more than 60,000 copies.

In his free time, O’Connor has perfected the art of loafing around outside, often with a camera in one hand and binoculars in the other.

Some Reviews of "Astral Projection"

O’Connor’s true climax is a taut knuckle-biter, darkly exhilarating and tragic, and rounded off with a denouement that brings just enough hint of redemption.
READ THE FULL REVIEW
- Jim Bartley The Globe and Mail, April 13, 2002

Set in humid Miami in the 1960s [Astral Projection] tells the crackling coming-of-age story of Goodwin Defoe, a mixed-up teenager whose violent, alcoholic parents conduct battles that make war-time Vietnam sound safer. Goodwin decides to take up the guitar, and his first teacher, Chuck Buffington … becomes both friend and father figure, until Goodwin clearly surpasses him as a guitarist, and Goodwin’s insane parents take their destructive behavior to a higher level. The writing is clear and in some ways musical, and while the story is sometimes tough to bear, Goodwin and Buffington are worth cheering for.

O’Connor is adept at isolating the telling moment either through dialogue or description … No regard for self-respect, charity or pride is allowed to impede the uncompromising realism of the narrative until the inescapable truth has been stated.

An excellent coming-of-age book for the 60s generation. Captures the zeitgeist of late-60s Miami and late-60s US while surfacing issues as diverse as intra-family, inter-generational relationships, family of choice vs biological family, sexual awakening, out-of-body experience, racial politics, etc. All issues as relevant today as they were then.

Teenage boy Goodwin, escaping from a homefront of warring, drunken parents in a lower-middle-class Miami neighborhood, discovers the guitar; Buffington, his alcoholic music teacher; and how to survive in this coming-of-age novel of the ’60s.

The writing in O'Connor’s first novel is at once sparse yet fertile, and by the end of the journey, one is left, if somewhat unexpectedly, with the desire for a sequel. What happens to Goodwin as he ventures further afield? And, surprisingly, because we’ve come to care, what happens to Buffington?

O’Connor creates detailed images with his imaginative use of a writer’s tools, without taking away the reader’s use of his own imagination. As for the title and its intended symbolism in the context of this novel? I will let the book clubbers delve into that. I was too busy enjoying the book!

O’Connor has produced a classic coming-of-age narrative focusing on a teenager whose home life in 1967 Miami is a shambles until he finds purpose and comfort in the jazz guitar.